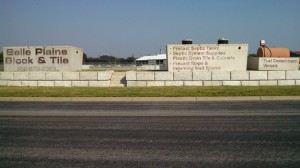 In 1954 Julius Stier purchased Belle Plaine Block & Tile Company and the block and tile machines. At that time he produced block, staves, and concrete tile.

In 1964 Dean Skaugstad bought BPBT and dismantled the block machine while adding more concrete tile machines. Five years later J William Shinehouse purchased 50% of the company and they began a partnership. During the late 1960’s BPBT had only 6 employees and two delivery trucks. Production of the precast septic tanks began in 1975.

During the late 1970’s plastic field tile became more popular thus phasing out the concrete field tile. In 2006 BPBT, Inc. began the production of concrete landscape/retaining wall blocks. Since Mr. Shinehouse began his reign as President/Owner in 1981, the company has grown from a handful of employees and two trucks to 15 employees, 8 boom trucks, 3 tile delivery trucks, and one gravel truck while still retaining its’ small-town, family-owned and operated business atmosphere.

Jennifer Shinehouse has since acquired the business from her father and handles the day-to-day operations of the business. The dedicated employees of BPBT, Inc. that produce quality products and provide superior customer service have afforded the company much success. 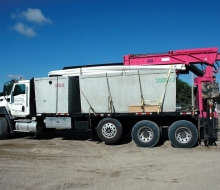 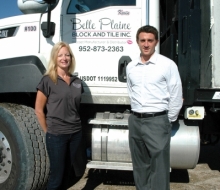 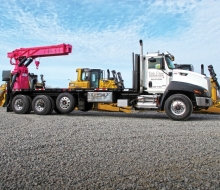 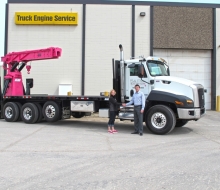 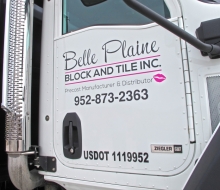 Stepping Up — and Forward 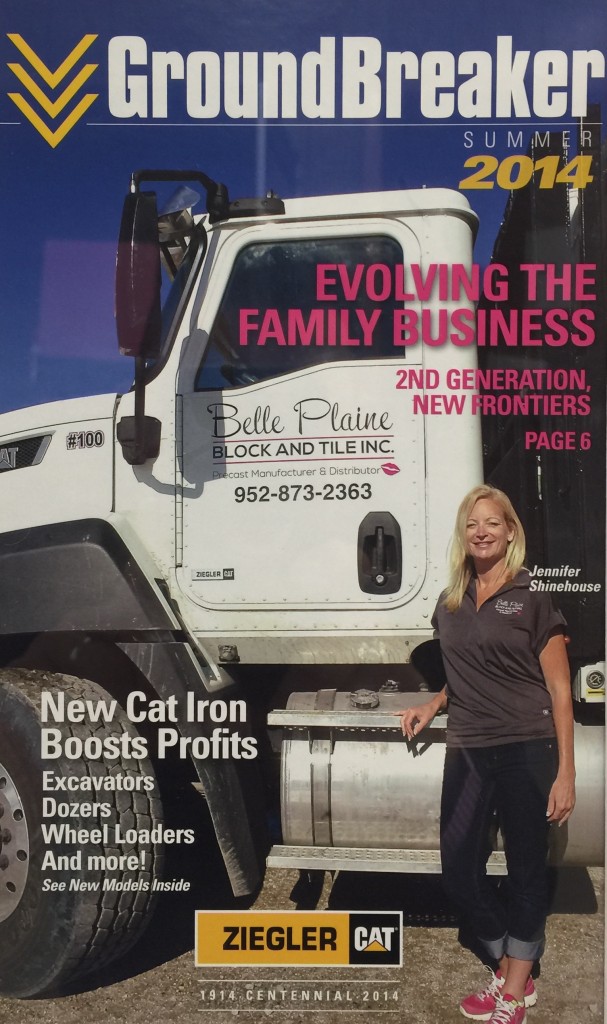 It’s common for ownership of a construction company to pass from one generation of a family to the next. So is the added pressure of living up to the success already established by the family.

Jennifer Shinehouse knows the feeling. In April 2011, she took ownership from her father, J. William Shinehouse, of Belle Plaine Block & Tile (BPBT). The company, based 35 miles southwest of Minneapolis in Belle Plaine, Minn., produces septic tanks and other concrete forms and delivers them, along with drainage tile and corrugated metal pipe, to construction sites.

It hardly mattered that Jennifer Shinehouse had managed the company for five years prior to her purchase.

She adds, “I went into kind of a panic mode. There was the pressure of being the second generation, and I didn’t want to fail. The transition was definitely difficult, especially being in a male-dominated industry. I wasn’t afraid of it, but I didn’t want to do anything right away. I wanted to be sure I had my feet on the ground and doing what I needed to do, so people would know I was serious about the business.”

Along the way, Shinehouse turned to Caterpillar® to help her advance the business while making it her own.

Shinehouse started working at the company when she was five years old, picking up trash in the yard on Saturdays. “This place has been a part of my me my entire life,” she says.

She knows all about the history of BPBT. It was founded in 1954 and changed owners
in 1964. J. William Shinehouse bought half the company in 1969, when BPBT had only six employees and two delivery trucks. Production of precast septic tanks began in 1975, followed by concrete landscape and retaining wall blocks in 2006. With J. William Shinehouse as president, the company grew to 15 employees, eight boom trucks, three tile delivery trucks and one gravel truck.

Then came the recession of 2008. Demand for BPBT’s best-selling product, residential septic tanks, declined, and production fell to about half of what it was at its peak. BPBT, with Jennifer Shinehouse managing the company still owned by her father, responded by turning toward the commercial market.

“That market was calling for larger forms,” she recalls, and BPBT upped production of bigger tanks to be used for fuel containment at gas stations, water reclamation at car washes, grease interceptors at restaurants and vaults for electrical stations.

As a result, tank production and delivery remains the largest segment of BPBT’s business as Shinehouse transitions the company into a new era.

The move to larger products necessitated another basic change. “We needed a truck with more power and capacity to move bigger tanks to farther places,” Shinehouse says.

BPBT chose a boom-equipped Cat® CT660 on-highway truck, even though BPBT had used a different brand of truck for many years.

Shinehouse and Kevin Wolpern, chief driver and transportation specialist for BPBT, discussed the company’s needs with sales reps from several manufacturers, but were quickly won over by the team from the local Caterpillar dealer, Ziegler CAT, after a chance discussion with Ziegler representative Bryce Bintzler.

“Bryce came in one day to see if we needed any smaller equipment. I mentioned needing a truck, so he got truck specialist Rick Delmonico of Ziegler involved,” Shinehouse remembers. “We sat with them and talked about what we needed the truck to do. They made our needs a priority, and we felt comfortable from the beginning. We were excited about joining with them for the equipment.”

BPBT took delivery of the truck early this season, and Wolpern says the CT660 was the right choice. “It’s got power we need for our applications, and with the air-suspension ride, it handles the roads really well. The steering is nice and tight, which helps getting in and out of tough jobsites. The cab is airtight and really comfortable. Vision-wise, there are no real blind spots.”

Shinehouse likes the CX31 automatic transmission, saying it accommodates even inexperienced drivers, and the front-end investment in the reliable CX31 looks good compared to the cost of repairing a clutch that has gone bad.

She adds, “Our drivers are proud to operate this truck and have developed a sense of ownership, meaning it will be handled with care.”

Though her dad wasn’t big on company branding, Shinehouse saw the new truck as an opportunity to increase the visibility of BPBT. She made the CT660 a traveling company showpiece, featuring a sparkling white-and-chrome cab with a company logo and a boom painted bright pink.

“I love the color pink, so I thought that we could do something fun with that,” she says. After a Ziegler CAT staff member designed a company logo for the cab doors and the “right” pink was chosen, Shinehouse decided, “Let’s do it! I was nervous about it because you don’t know how people will react, but everybody I talk to loves it!”

Shinehouse has also overseen BPBT’s investment in the Minnesota Pollution Control Association tank testing and quality certification process, even working with the state to develop the standards. She’s looking at buying another precast production plant to expand the line of company products, and she wants her company to earn certification from the state DOT, which would help open a new market for retaining walls.

After 45 years as a family-owned business, BPBT appears poised for decades of more success in the decisive hands of Jennifer Shinehouse.

Send Us An Email